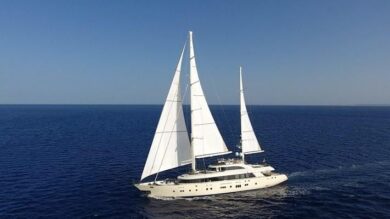 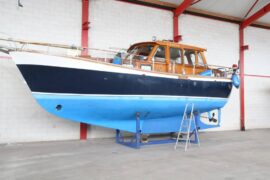 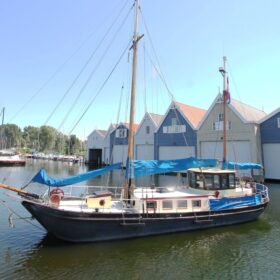 Antique classic boat for living on board

It is difficult to find a cruiser yachtsman who would deny the need for an auxiliary engine. The vast majority of cruising yachts are supplied with motors, if not during construction, then during subsequent conversion.

The motor is certainly necessary when the yacht has to enter the harbor along a narrow winding fairway, tacking against the headwind. They involuntarily remember him even when the sails hang helplessly, but you need to urgently return to the yacht club, going against a strong current. And what about anchoring and anchoring in narrow places, crossing canals and under bridges, sailing in calm? In all these cases, the motor not only facilitates maneuvering, but also saves time, which can then be used to go a hundred miles further or to explore the sights on the coast.

Tourists sailing on boats, on the contrary, often have a desire to set sails in order to use a fresh tailwind, save fuel, and just take a break from the constant engine noise and vibration.

Types of motor sailboats. Depending on the speed developed under the motor, and the role assigned to the sail or motor on a given vessel, all motor-sailing yachts can be divided into four main types.

Yachts with an auxiliary engine. These are, in essence, ordinary cruising yachts, on which the motor plays a secondary role and is installed solely to facilitate entry and exit from the harbor, passage along the fairway, mooring, etc. The motor is chosen with minimal power, weight and dimensions.

The propeller to reduce resistance when running under the motor must have a minimum allowable diameter, narrow blades; usually place the propeller in the sternframe and rudder window.

Motor-sailing yachts with a preference for sailing qualities. When designing vessels of this type, the designer usually seeks to combine good tacking and propulsion under sail with a relatively high speed under power.

Boats with auxiliary sails. If the boat is intended for navigation at sea or on a large lake, it makes sense to install sails of a small area on it, first of all, to improve seaworthiness on a wave (primarily to increase course stability, soften pitching and give the ability to lie in a drift). In a fresh wind, the boat can go (without a motor) at a low speed to the backstay or even tack, moonlighting with the engine.