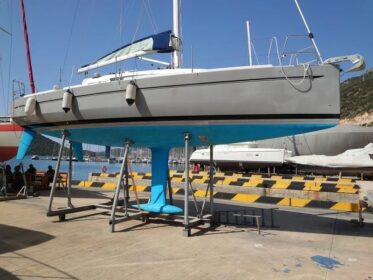 This 310 Performance is fitted with a special Barcolana edition color scheme, with grey gelcoat and Barcolana logos near the stern.